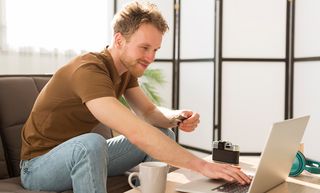 These changes are also reflected in the user's digital behavior, even more so when we have had to resort to our digital devices to overcome the day-to-day effectively like we have never experienced before.

During these months, Internet users spend more time in their day making purchases on the Internet, specifically 47% of them. The segmentation of users worldwide according to their age who spend more time shopping in eCommerce is as follows:

It is men who have increased their time spent shopping online the most: 55% of men versus 50% of women in the age group of 25 to 34 years. On the other hand, the only age range in which women outperform men in terms of time spent most in online shopping is the one that goes from 55 to 64 years (33% women, 30% men).

That the covid-19 has influenced eCommerce worldwide, is a fact. However, there are obvious differences between the different countries of the world.

In China, 67% of internet users say that during these last three months they spend more of their time making online purchases, followed by Singapore (46%), USA (41%), Brazil (39%) and UK (37 %). The average increase in the rest of the countries is around 25%.

Categories that generate the most interest in online purchases.

In all this growth that eCommerce has obtained worldwide, there are clear differences between the different types of categories that users have requested.

Globally, the sector that has grown the most online is food, with an increase of 33%, followed by household products (29%), personal hygiene (27%) and fashion (19%).

Leisure products (17%), beauty products (15%), the purchase of chocolate (9.9%), and home and garden products (9.7%) are categories that have also seen increased sales during this pandemic.

Finally, other types of categories such as the sale of alcoholic beverages, purchase of furniture, gifts have also added around 8% more sales. Finally, and surprisingly, the reservation of vacation services has increased by 3.6% in recent weeks.

The main winners in this regard are online supermarkets, which have seen an increase in their web traffic of a staggering 251%. Far behind, in second place, are the retail tech sales eCommerce, whose traffic has increased by 78%, followed by the media (56%) and telecom (29%).

On the other hand, there are the categories that have lost web traffic in this time in which we find tourism (-78%), the sale of luxury items (-28%) and jewelry stores (-7%).

There are also significant changes regarding the number of transactions in the different eCommerce categories during the pandemic:

Internet users around the world want to maintain their health and fitness, so the sports equipment category also increased its transactions by 77%, almost the same as online supermarkets (76%) and cosmetics (70%).