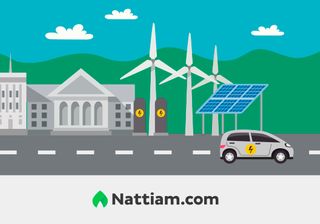 A great evolution towards low carbon technologies will continue.

We believe that a great evolution towards low carbon technologies will continue. This evolution will take place regardless of whether state policies support external aid. This is why it is important to carry out a concerted effort to achieve the objectives of the Paris Agreement in the form of specific policies at national, state or even municipal level to accelerate this technological evolution.

By 2050, an approximate investment of $ 11 billion will be made in energy generation and energy storage assets, and about 85 percent of that investment will go to zero-carbon energy. This represents a very important potential opportunity. This estimate is based on a projection established in the trajectories that have been seen in the learning curves of the relevant technologies, as well as progress has been developed in the last 10 to 15 years. It is not based on assumptions about new relevant policies.

The clean energy landscape has evolved

This is an interesting moment for the clean energy sector. During the first 10 years of the BNEF company's existence, a follow-up was carried out through a market analysis that simply observed which countries introduced generous subsidies. In those places where the subsidies were created, large volumes of capital would flow very shortly afterwards. As soon as these subsidies ceased to exist, private capital would stop flowing and markets would dry up very quickly.

The question is: when will it be the time when this is no longer a competition and clean energy technologies are clear-cut winners and the cheapest in the market? It seems evident that it will begin to take place sometime between the middle and the end of the next decade.

1. Batteries will continue to play an important role in sustainable energy.

Not everyone thinks that batteries are exciting, but we believe that they are an important instrument to allow a true generation of clean energy. This becomes evident when we see that they allow us to use wind energy when the wind does not blow and solar energy when the sun does not shine. We are part of an era in which incredible progress is taking place, and all over the world we are beginning to see projects that combine renewable energies and batteries to undermine the generation of fossils.

2. Economies will grow thanks to increased demand for sustainable energy.

We are witnessing a change in a general trend whereby the world's richest economies can grow their economic development without increasing the demand for electricity, and in some cases without increasing their demand for energy in general. This is a very important advance since it can mean the possibility of keeping carbon emissions under control, at least in the energy sector. 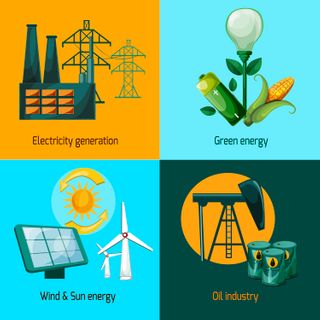 3. The energy needs can be covered by the existing technology.

Around 1.5 billion people around the world have adequate access to energy. So it would be very important that basic energy needs, such as running a flashlight or a fan, be satisfied with existing technologies. The challenge we have to face as a society is no longer the cost, it is the logistics to implement these technologies.

And if we get this group of people to acquire the energy they need, what better way to do it in a clean way, since solar, wind, micro-grids and other technologies make the concept of a hub and spoke network obsolete. The potential that we can obtain by addressing the problems of access to energy without contributing to climate change is very exciting.