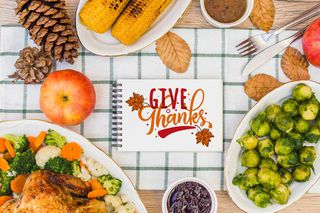 A little history of Thanksgiving Day

This national holiday, called Thanksgiving, is celebrated on different dates depending on whether you are in Canada, the United States, some of the Caribbean islands or Liberia. It began as a way of giving thanks for the harvest of a good harvest and for the year that is ending.

Celebrations of festivities with similar names occur in Germany and Japan. The day of celebration depends on the country, since in Canada the second Monday of October is celebrated, and in the United States it is celebrated on the fourth Thursday of November, being this last date the one that occurs more in other places of the world.

Although the celebrations of Thanksgiving are historical, in religious and cultural traditions, for a long time it has also been celebrated as a secular feast.

The prayers and ceremonies that people perform in thanksgiving are very common celebrations in almost all religions, which take place after the harvest. The story of the Thanksgiving holiday in North America is based on the English traditions dating back to the Protestant Reformation, without forgetting that it has aspects of a harvest festival.

An interesting fact is that although the harvest in New England takes place well before the end of November, on this date the modern Thanksgiving holiday is still celebrated.

In the Anglo-Saxon tradition, holidays and special religious services of thanksgiving gained great relevance in the English Reformation during the reign of Henry VIII and in reaction to the large number of religious holidays in the Catholic calendar.

Before 1536, there were 95 holidays in the Church, plus 52 Sundays, when it was obligatory for people to attend the Church and give up work and, at times, pay for expensive celebrations. The reforms of 1536 reduced the number of holidays of the Church to 27, but some Puritans wished to eliminate completely all the festive days of the Church, including Christmas and Easter.

Some Puritans wished to eliminate completely all the festive days of the Church, including Christmas and Easter.

This holiday was replaced by the Thanksgiving Days. This occurred in response to different situations that occurred and that the Puritans saw as acts of providence. Various unexpected disasters or threats from above, special blessings, seen as coming from God, gave rise to Thanksgiving. As an example of what happened, fasting days were summoned due to a drought that occurred in 1611, due to the floods of 1613 and the plagues of 1604 and 1622.

This festivity was also called after winning over the Spanish Armada in the battle of 1588 and after the liberation of Queen Anne in 1705. This festivity became a unique annual Thanksgiving day when in 1606, after the failure of the Gunpowder Conspiracy in 1605, became Guy Fawkes. Day 5 of November.

In the United States

The Pilgrims and Puritans who emigrated from England to New England in the years 1620 and 1630 took with them the tradition of the Fasting Days and the Days of Thanksgiving. This more modern tradition of Thanksgiving holidays dates back to a highly relevant event that took place in Virginia in 1619 and a poorly documented celebration in Plymouth in 1620, in what is now Massachusetts. In 1619, 38 English settlers arrived at Berkeley Hundred, in Charles City, Virginia, for which a religious celebration was held, as was dictated by the London Company's group statutes.

This demanded very clearly that "the day our ships arrive at the assigned place, in the land of Virginia, will be annually and perpetually sanctified as a day of thanksgiving to Almighty God." The banquet and the Plymouth thanksgiving of 1621 was motivated by a good harvest.

Several days of Thanksgiving were held in the most recent history of New England. These were identified as the "First Thanksgiving", including also the pilgrim vacations in Plymouth in 1621 and 1623, and a Puritan party in Boston in 1631. According to the historian Jeremy Bangs, director of the Leiden American Pilgrim Museum, the pilgrims could be influenced by seeing the annual Thanksgiving services while they were in Leiden. 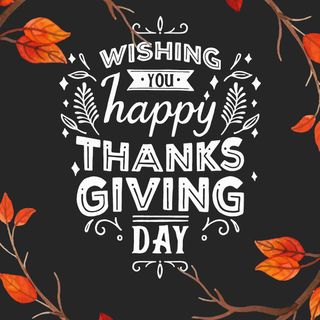 At the present time the festival that is celebrated in Leiden is called Oktober Feesten. In the autumn of 1617 it was the moment in which the sectarian disturbance occurred that seems to have accelerated the plans of the pilgrims to emigrate to America.

Later, in Massachusetts, civil leaders, including Governor Bradford, declared the religious services of thanksgiving. These leaders planned the celebration of the colony and fasting in 1623, but the practice of this annual festival of the harvest did not become commonplace in New England until the late 1660s.

The governors, John Hancock, General George Washington and the Continental Congress made several proclamations, thanking God for the favorable events to their causes. As president of the United States, George Washington was the first to proclaim the first national celebration of Thanksgiving in America.

This event was celebrated on November 26, 1789, "as a public day of thanksgiving and prayer, to be observed when recognizing with grateful hearts the many and marked favors of Almighty God."

Thanksgiving, as you can see, has been celebrated on different dates throughout the history of the United States. From the time of the Founding Fathers until the time of Lincoln, each Thanksgiving date varied from one state to another.

Thanksgiving, as you can see, has been celebrated on different dates throughout the history of the United States.

The proclamation of the last Thursday in November has become the official date in most of the US, From the beginning of the 19th century, which coincided with the Day of Evacuation and eventually replaced it (a day that commemorates the British departure from the United States after the War of Independence). The first time the official modern Thanksgiving was celebrated in all states was in 1863 by a presidential proclamation of Abraham Lincoln.

Lincoln, influenced by the campaign carried out by the author Sarah Josepha Hale, who did a great job, writing letters to politicians for about 40 years, trying to make it an official holiday, proclaimed, the last Thursday of November, a national Thanksgiving.

This was explicitly to celebrate the kindnesses that continued to fall and military successes in the war. As a consequence of the ongoing Civil War, a national Thanksgiving date was not celebrated until Reconstruction was completed in the 1870s.