The land and the sea face extraordinary threats.

There are species that are disappearing alarmingly. The earth is degrading and this threatens the welfare of millions of people. In addition to that the worsening of air pollution costs millions of lives every year, but we cannot forget that plastic pollution in the oceans and on land is reaching dangerous levels damaging and killing the life that lives in it.

China's current decision to ban imports of plastic and electronic waste has caused waste and recycling markets to become chaotic, exposing the magnitude of plastic pollution, which has caused an increase in the urgency to reduce and recycle many more materials.

The current assessments of the Earth's ecosystem present a very bleak picture. It is true that awareness of the loss of biodiversity is growing, but the implementation of solutions from companies and other organizations remains limited.

Earth is losing biodiversity at a rate seen only during mass extinctions. 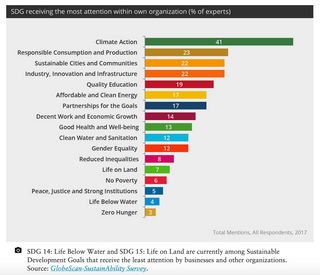 The global awareness of plastic pollution and its impact on our ecosystems continues to grow. Important global coalitions are being created to address the problem. Companies are receiving a lot of pressure from consumers to reduce plastic waste. 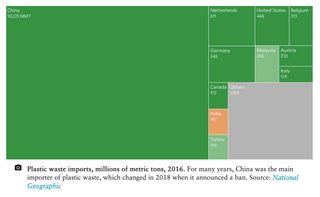 It is evident that global awareness about waste and plastic pollution will continue to grow, in fact, several collaborations have already been announced, but a greater effort will be needed to address the problem. The decision by China to ban imports of waste will continue to put pressure on governments and companies to seek systemic solutions on a global scale. The reality is that awareness of the loss of biodiversity compared to other issues of sustainable development has been low, an increasing number of NGOs are working to change it, with actions to which netting is adding. Public and private organizations will face growing expectations of playing a more active role in the preservation of terrestrial and marine ecosystems.

What This Means for Business

Many industries, not only those directly responsible for the majority of plastic waste (food and agriculture, retail, etc.), but also those less associated with plastic pollution (technology, pharmaceuticals, etc.) are going to be under great pressure from part of governments, customers and other interested parties to deal with plastic waste. Companies must carefully analyze their entire production or value chain to implement solutions that reduce waste and plastic pollution.

Biodiversity as a material issue

Few companies identify the elimination of biodiversity as a direct problem, but because more and more awareness of the crises of terrestrial and marine ecosystems is increasing, companies are expected to analyze their impact on biodiversity more closely.

Investing in circular solutions throughout the entire value chain provides one of the most effective solutions for companies to address waste problems and improve the sustainability of their operations.