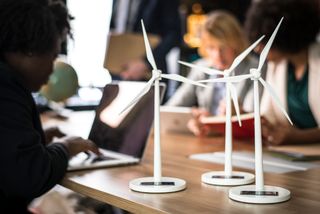 Which are the most sustainable cities?

However, trend is changing and it indicates that countries around the world and its population starts thinking in sustainable ways to transform their cities and the way they design them.

More than two-thirds of the world's population is predicted to live in an urban area by 2050 and governments start thinking about how they can prepare the infrastructures, streets, neighborhoods, roads and general building distribution in order to be able to receive an enormous amount of people in the next decades without refusing to a green and healthy city environments.

However, we all talk about sustainable and green cities but, what makes different a city to being named Sustainable?

I want to help you answer this transcendental question, and the best way to do it is through real cases where countries and cities were recognized with important prizes around the world. 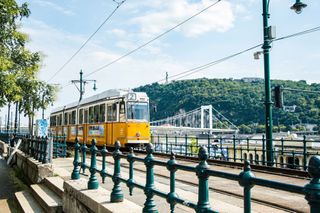 Carbon is one of the main issues that the entire world is facing day after day. The use of cars, motorbikes or just factories pollution makes that the air quality decrease and the harmful effects over the population healthy are increasing.

For these reasons, in 2009 the city of Copenhagen set the goal of becoming the world's first carbon neutral capital by 2025 according with the CPH 2025 Climate Plan.

A great initiative coming from them and a fantastic idea for the plant!

Everyone knows that California is one of the most advantaged places in the world regarding technologies and innovative companies such as Uber, Airbnb, Twitter, Apple or Salesforce. However, they starting thinking about being a global reference about sustainability and wellness.

For this reason, one of the most efficient ways to start implementing green solutions is reducing the water consumption - they spend 49 gallons of water per day on average while the national average is 80-100 gallons per day (doubled)!

In San Francisco, 49 gallons of water are spent per day on average, while the national average is 80 to 100 gallons per day.

Other important implementation is the improvement of the city buildings through energy efficiency and enhance its transportation system to make San Francisco a leader in clean energy and sustainability.

Vancouver is one of the references to a global level in eco-friendly solutions.

The reason? They were the overall winner in the category Best Green Building Policy for its Greenest City 2020 Action Plan.

In addition, Vancouver has committed to getting 100 percent of the energy they use yearly from renewable sources by 2050 focusing on clean energy and sustainability in order to have the lowest greenhouse gas emissions in North America.

Stockholm is one of the big references in the world around sustainability. One of the reason came in 2010 when they were prized with the first European Green Capital because of their fossil-fuel free by 2050.

Another reasons is because 8 out of 10 residents feel the city should encourage the citizens to live more environmentally-friendly and support the idea that climate-smart should be a natural part of living in a city!

What an impressive way of understand our planet and take care of it! 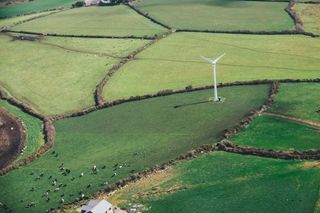 This city-state is one of the most advantaged eco-friendly mentalities in Asia. Singapore as developed a Sustainable Development Blueprint with ambitious goals leading up to 2030.

One of the targets include energy efficiency improvement by 35%, ensuring that 80% of its buildings are green certified or even having 80% of households be within a 10-minute walk to the nearest train station.

Other of the reasons why Singapore is a reference is because the car ownership limits and the overall effective public transportation systems.

This city in South Africa makes its own efforts to improve the global environment through an impressive Municipal Energy Efficiency Demand Side Management (EEDSM) Program.

It's funded by grants which support eco-retrofits within the municipal infrastructure implementing it in street lighting, traffic lighting and municipal buildings.

The South Korea's capital was honored with a Climate Action Leadership Award for its program which focus on the decreasing nuclear power plant energy along three-year initiative which will allow the city to stop depending of the harmful nuclear power in order to replace it for more sustainable and alternative eco-friendly solutions.

I have listed a number of ambitious sustainable plans to make big cities more sustainable and efficient in terms of energy consumption, water or public transport.

However, by 2030 the most of the countries agreed a number of initiatives which encourage the countries to be more sustainable and eco-friendly through green solutions for its building, infrastructures and population facilities.