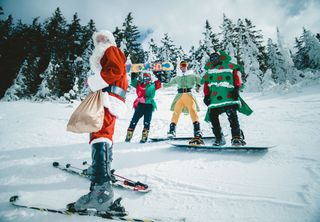 For starters, it wasn't always on December 25

Although Christmas is the celebration of the birth of Jesus Christ, the celebration on the date of December 25 is not mentioned in the Bible, in fact most historians believe that he was born in the spring. It did not become the official holiday until the third century. Some scholars argue that the date was chosen because it coincided with the pagan festival of Saturnalia, which is celebrated by giving gifts to honor the agricultural god Saturn.

You can thank Prince Albert for your Christmas tree

The origin of Christmas trees can be traced back to the ancient Egyptians and Romans, who used evergreens to remember spring during the winter solstice. But it was not until Prince Albert of Germany gave the tree to his new wife, Queen Victoria of England, that the tradition took off. An illustration of the couple in front of an evergreen tree, decorated for Christmas, appeared in the Illustrated London News in 1848, and the real fever did its job.

Sure, you probably already know that the idea of ​​Santa Claus comes from St. Nicholas. According to legend, Saint Nicholas was a 4th century Christian bishop who gave away his abundant inheritance to help women in need and rescued from servitude. As his story spread, his name became Sinter Klaas in Dutch, and was later renamed Santa Claus.

According to the Coca-Cola company, Santa used to look a lot less cheerful, even creepy. In 1931 the company hired an illustrator named Haddon Sundblom and commissioned him to create images of Santa Claus for magazine ads, and thus the warm and kind Father Christmas that nowadays represents Christmas in many parts of the world was born.

The tradition of hanging stockings started with an accident

There is a legend that this is the story of a poor man who could not afford the dowries of his three daughters, and to help him, St. Nick, dropped a bag of gold down the chimney one night so that the oldest His daughters could get married, and this gift fell on a stocking that was drying by the fire!

"Jingle Bells" was going to be a Thanksgiving song

James Lord Pierpont wrote a song called "One Horse Open Sleigh" and played it at the Thanksgiving concert in the church he attended. Later, in 1857, the song was reissued under the title it has today, and eventually became one of the most popular Christmas songs. Additional information: it was also the first song that was broadcast from space. On December 16, 1965, the 6 members of Gemini mounted a serenade at Mission Control after they reported seeing an astronaut "in a red suit".

Celebrating Christmas used to be illegal

Although the settlers of Jamestown first created the typical American eggnog, when the Puritans settled in Boston, Christmas was forbidden. (The word nog comes from the word grog, which means any drink made with rum). From 1659 to 1681, he would face a fine for celebrating the day, once pagan. And after the War of the Revolution, the new Congress did not think that that day was very relevant so the first session was held on December 25, 1789. It was not proclaimed a federal holiday for almost another century.

From hanging lights on the stairs to taking a roast out of the oven, you can make this time of the year a pain. We give you more data, the Consumer Product Safety Commission estimates that 14,700 people a year visit hospital emergency rooms every November and December for decoration accidents related to the Christmas holidays. In addition to these previous data, dry Christmas trees cause about 100 fires, cause an average of 10 deaths and result in $15.7 million in property damage, so we recommend that you be responsible with your trees and the discards of the proper way, or better, keep them alive during the holidays and then replant them in your garden.

Santa has his own zip code in Canada

Do you wonder what the postal code was? HO HO HO.

Each year, millions of letters to Santa Claus flood post offices around the world. In Canada, some post office employees, even began to respond to them, but as more and more letters arrived, they decided to create a special ZIP code for Santa as part of a literacy initiative of the "Santa Letter Writing Program". Do you wonder what the postal code was? HO HO HO. 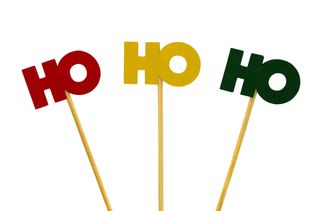 According to a publication in From the Apple of Adam to Christmas, an essential vocabulary guide for the politically correct, the word "Christianity" was written "Xianity" from the year 1100. X, or Chi, in Greek is the first letter of "Christ" and was used as a symbolic spent. In 1551, the festival was called "Xtemmas", but finally it was reduced to "Christmas".

We ship a crazy amount of packages around the holidays

About 90% of Americans celebrate Christmas

How many Americans celebrate Christmas explains all the packages that must be delivered by the United States Postal Service. In addition, the Pew Research Center found that fewer people think of Christmas as a religious holiday today, but as a day of family celebration and giving, only 51% of people who celebrate attend church on Christmas.

According to the findings in the studios conducted by the National Retail Federation in 2017, consumers say they will spend $967.13 on average for Christmas. By 2018, total retail sales in November and December are expected to reach $717.45 billion.

By 2018, total retail sales in November and December are expected to reach $717.45 billion.

Mistletoe was considered an aphrodisiac

The Christmas flora or mistletoe is an ancient symbol of fertility and virility, and the Druids believed that it really was an aphrodisiac. The name itself has a strange meaning: Mistle thrush birds eat the berries of the plant, digest the seeds and then, many of those droppings become new plants. Then, the German word for mistletoe literally means "dung on a twig". 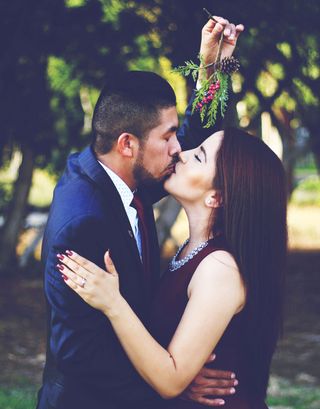 Ham, not turkey, is the festive favorite

The dinner debate continues. The searches for "ham" and "turkey" increase considerably during the month of December, according to Google Trends data. But, what is certain is that, despite the popularity of both festive entrees, spiral-cut ham is still the most popular choice for a Christmas table.

Candy canes got their start in Germany

The National Confectionery Association tells the story that a choir teacher originally gave sweets to young children to keep quiet during long religious services. But the closest story is that when a German-Swedish immigrant decorated his tree with candy canes, in 1847, they became popular as Christmas sweets.

And the most popular Christmas song is...

Mariah Carey's All I Want for Christmas Is You, naturally. (Did you know her then-husband Tommy Mottola plays Santa?) But the best-selling Christmas song of all time is Bing Crosby's White Christmas.